Monument to fascist Balbo likely to remain, but aldermen could still rename street

A plaque explaining the controversial Italian aviator's legacy could be added to the lakefront memorial, officials said.

In the summer of 1940, six-year-old Beno Weiss's family was awakened by pounding on the door of their home in Abbazia, then in northeast Italy. It was a year and a half after Benito Mussolini had bowed to the influence of Nazi Germany and passed the Italian Racial Laws, which stripped civil rights from Italian Jews. "Pandemonium broke out," according to Beno's widow, Susan.

Police seized Beno's father, Isaac, a Polish-born Jewish textile salesman, and he was hauled off to Ferramonti, an internment camp in southern Italy that had just been established to house foreign-born Jews and political dissidents. The rest of the family was sent to Tuscania, a small town 95 miles northwest of Rome. It was the start of many years of displacement, uncertainty, and terror.

As a boy in central Pennsylvania, I knew that Beno, my best friend Sandro's father and a professor of Italian at Penn State University, despised Mussolini, but I didn't fully understand the roots of his bitterness. I recently talked with the family about Beno's wartime experiences to gain insight into the controversy surrounding Chicago's Balbo Monument and Balbo Drive, tributes to Mussolini's air commander, Italo Balbo.

Mussolini donated the monument, a 2,000-year-old Roman pillar, to Chicago after Balbo led a squadron of 24 seaplanes on a transatlantic mission to our city's 1933 Century of Progress World's Fair. The dashing aviator, who previously led the Blackshirts paramilitary units, received a hero's welcome from the Italian-American community, and the downtown street was soon rededicated in his honor. 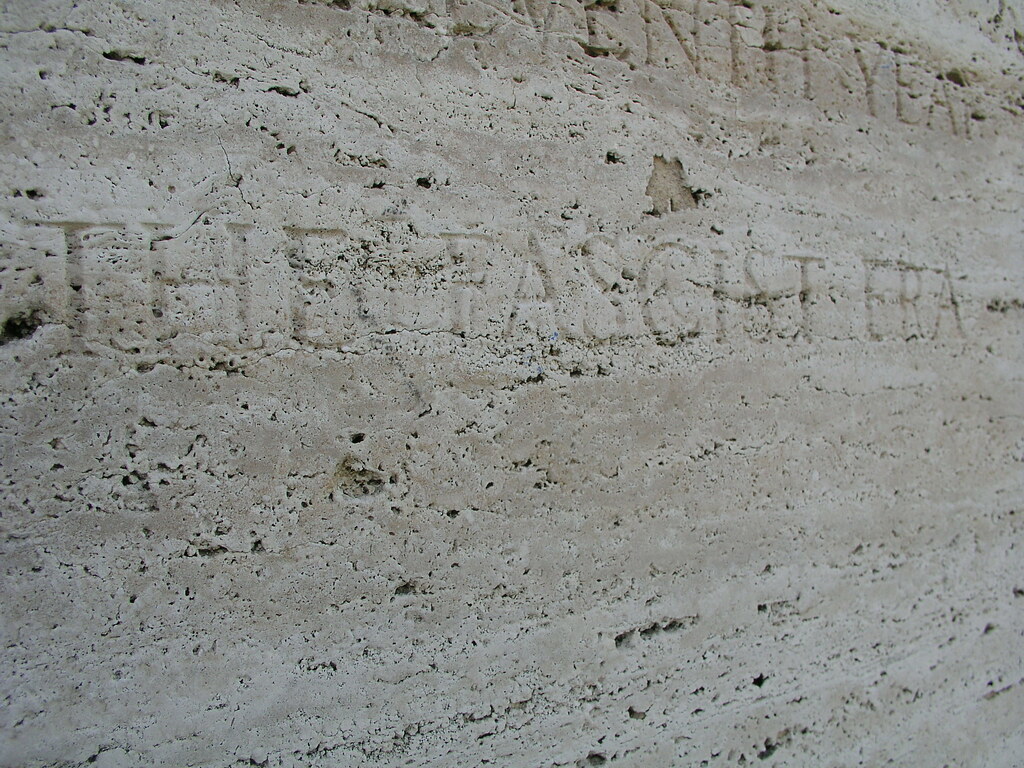 After the racist violence last August at the Unite the Right rally in Charlottesville, southwest-side alderman Ed Burke (14th) and northwest-side alderman Gilbert Villegas (36th) said they planned to push for removing the Balbo tributes, and a month later they were ready to introduce an ordinance to City Council. But there was stiff opposition from some local Italian-American civic leaders and history buffs, who view the landmarks as a source of ethnic pride.

On April 16, Villegas's policy director, Justin Heath, told me the aldermen's legislative effort has stalled. "We got sort of pushed aside due to the fact that we aren't 'geographically involved,'" he said via e-mail. The fate of the monument and street name are now in the hands of downtown aldermen Sophia King (Fourth), whose ward contains the pillar and part of the street, and Brendan Reilly (42nd), whose district includes the rest of the roadway.

King previously voiced support for the removals. "Balbo is a symbol of racial and ethnic supremacy. . . .  It's high time we removed these symbols of oppression and antidemocracy," she said in a statement last August.

On April 17, however, King said in a statement that after discussing the matter with community groups, she has changed her position. "I was initially in support of the removal of the Balbo Monument, due to its link to fascism. However, there is much to learn from displays like this, and removing it entirely would hinder a valuable historical lesson." Instead, King said, she's currently in favor of installing a plaque by the monument that would inform visitors of "the monument's ties to Fascism and our denunciation of it."

Both King's and Reilly's offices said the aldermen are still open to renaming the drive after a worthy Chicagoan. "We urge interested individuals with concerns or input to contact our office," King stated. Online petitions nominating journalist, suffragist, and anti-lynching activist Ida B. Wells and Italian-American saint Francis Cabrini, both of whom lived in Chicago, have garnered 1,725 and 410 signatures, respectively, to date. University of Chicago physicist Enrico Fermi—who fled the fascists after the racial laws passed because he was married to a Jewish-Italian woman—has also been proposed.

Chicago Park District spokeswoman Jessica Maxey-Faulkner confirmed that a new plaque may be installed next to the column. "The Chicago Park District identified four options within a wide range of cost and conservation impact affecting the integrity of the Balbo Monument, and is currently reviewing these options with [Alderman King] and the Joint Civic Committee of Italian Americans [JCCIA]."

JCCIA president Enza Ranieri told me that during a phone call with Burke last fall the alderman assured her the column would stay in place and invited her group to provide input on the wording of the plaque. Ranieri said she's happy with the current plan for the monument: "It’s a living part of Chicago history. It celebrates the aviation feat of a heroic man who fought for the rights of people. Balbo was pro-Jew and anti-Nazi." President emeritus Dominic DiFrisco, who told me in August he would "fiercely oppose" efforts to remove the tributes, has made similar arguments.

Other local Balbo boosters have noted that that the air commander was the sole fascist leader who spoke out against Mussolini's pact with Hitler, and showed his disdain for the racial laws by dining in public with Jewish friends. They also credit Mussolini's refusal to turn over Jewish citizens to the Germans for the fact that an estimated 80 percent of the roughly 45,000 Jews in Italy survived the war.

But Loyola professor Anthony Cardoza, an expert on modern Italian history, wasn't having it. "Calling Balbo anti-Nazi is a bit much," he said. "Balbo was opposed to Mussolini's alliance with the Nazis because he rightly feared that Italy would be the junior partner." Cardoza added that Balbo scorned the racial laws because when he rose to local power as a "fascist warlord" in the province of Ferrara, his supporters included members of the Jewish upper class.

Cardoza added that while Mussolini "dragged his feet" about deporting Jews, the real credit for saving Italian Jewry should go to decisions made by people further down the chain of command, such as military leaders and local officials, as well as ordinary Italians.

Sandro Weiss said Beno shared this viewpoint. After Mussolini lost power in the fall of 1943, the family was reunited, but when Germany invaded the country they found themselves in a much more perilous position. As they fled the Nazis they were nearly arrested and they faced starvation, plus bombardments from both the Germans and the allies. On multiple occasions farmers risked their lives by hiding the Weisses in their barns. "My father always maintained that he and his family survived due to the kindness of the Italian people, the strength of his parents, and pure luck," Sandro said. "He certainly blamed Mussolini . . . for his family’s plight. That the Nazis were even worse does not cleanse the fascists of their anti-Semitism."

Cardoza, who was involved in a 2011 petition effort to rename Balbo Drive, said that adding a plaque by the Balbo monument was a reasonable alternative to removing it, but argued that the street name still needs to change. "Balbo was the pioneer of the paramilitary violence that transformed Mussolini's movement into a national force, and he was responsible for the deaths of many hundreds of people through his 'punitive squads.'" The professor added that when Balbo served as governor of Italy's African colonies, he oversaw the use of saturation bombing, poison gas, and concentration camps against indigenous people in Libya and Ethiopia.

Some of those who view Balbo as a hero, such as Dominic DiFrisco, have told me that reports of atrocities were untrue or exaggerated, or that the aviator wasn't responsible for them. But Cardoza said resistance to removing the tributes can largely be traced to nostalgia for the 1933 landing in Grant Park, which was attended by the parents of many current Balbo apologists. "They're cherry-picking, focusing on what Balbo did in one year of a regime that lasted two decades," he said. "It's a classic example of 'Don't mess with people’s memories. Don't let facts or serious scholarship get in the way.' But memory is not necessarily reality."